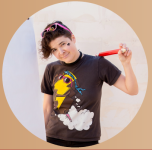 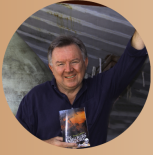 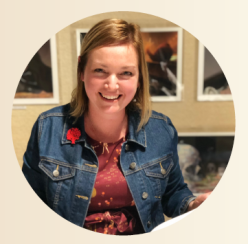 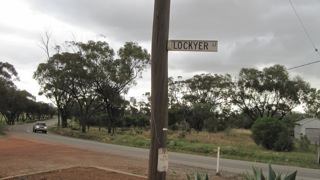 Moving from Victoria back to Western Australia in 2014 led me to realize that teachers in the West were doing a better job than me of understanding the Geography curriculum, and it was time for me to get my skates on. In my current role of  ICT Literacy teacher I work across K-6 classrooms, and I needed a cross-grade project that would tick HASS boxes as well as develop research skills. This began my ‘Where in the World?’ project.

Set up as a series of posts on my ‘Level Up!’ teaching blog, I used my own photos to share a puzzle. My initial puzzle question for the first few posts:

Can you find out the location where this photo was taken? Leave your answer in your comment. Tell me the exact location – either the street address or longitude/latitude. Also, tell me how you found out – which words did you use in your Google Search? What information in the photo was most meaningful?
EXTRA: The statue was in the news last year. Can you find out why?

It was difficult to gather responses at first, so I used the personal approach – thanks Jenny Ashby  and a few Year  4/5/6 students I knew well.  Students were pleased to see their names and thoughts online, and a leaderboard was established. (Scroll right down to the bottom of the page linked.)

The responses led me to think that comment contributors were thinking about the question and the sources used online, and that with assistance, they could improve their standard of public presentation! Sometimes, 26 emojis in a blog comment is not a good look.

In discussions with students, the following remarks were made:

“You have to get it (spelling and punctuation) right because you want people to take your work seriously.”

“Google doesn’t actually give you the answer. It tells you where you can find the answer.”

“It’s better if you use less words in your search. I typed ‘City of Perth Library’.”

“You can’t just copy sentences straight from online. It’s not your own work.”

At this stage I noticed that students were veering away from Google Search/Safari and onto Google Maps and Google Earth. Teachable moments arose in the comments, including this wise advice from The Edublogger, Sue Waters  Nothing like the assistance of a friend to help me with my teaching!

I think it is Lockyer Street, Goomalling, Western Australia, Australia. There is also Lockyer Street in Mount Magnet and Wittenoon, but the vegetation is more like what you would probably see in Goomaling rather than towns in our North West.

I used Google Maps and searched for it within Australia. There are Lockyer Streets in other locations in Australia but I assumed that it was more likely the photo was taken in Western Australia.

To be more sure we would need a larger resolution photo that allowed us to look at the number plate on the 4WD. That would help us pinpoint the country and the possible State.

I searched using Google Maps. First choices are selected based on your current location which could be an issue for those searching Google Maps outside of Western Australia or Australia.

I also switched to street view to see if I could spot the building.

Interest among my teachers was growing. Working with younger students in Year 3, we felt that this could be a good whole-class research task. It also made the ideal small-group activity, setting up groups of 4 students with 2 iPads. There was, however, something niggling in my mind. During an activity about the Swan River Colony where we were researching the origins of suburb names, I had a Year 5 student ask me the question:

Had I been asking the right questions? Previous posts had asked for student to pinpoint the exact location – something fairly Google-able such as longitude/latitude, but perhaps intangible. What if I changed the question to ‘grow’ the location? Ten posts down the track, here was a more meaningful question:

Can you find out where this building is? Use an online tool to find out. Write a blog comment and tell us:

This seemed to be a more relevant task than labeling and coloring the photocopied blank map of Australia. Class discussion often centered around puzzling over what is a city, a state, a suburb? 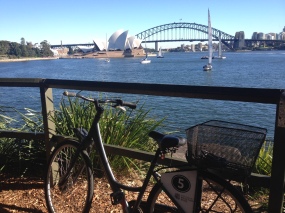 One of my favorite posts in the series was No 9.    I observed a very engaged Year 4 class discover the spot where I took the photo by exploring the relative position of  well-known landmarks: thinking about left/right, behind/in front/next to. I marveled at students walking around the table to get a different view of the iPad map! A wide variety of responses came through in the comments, and one discussion centered around how one place may be described in different ways to be meaningful to different people.

Another favorite post was No. 6. Invited to visit a class in another school and co-teach the activity, the Year 3 children were fascinated with the concept of the postcode, and this launched a mini-inquiry into the whole postcode system. This fitted in nicely with their explorations of code in Digital Technologies.

My own big shift in the project was understanding that a place is more than a space or spot on the Earth. It has meaning to people. I’m now on a mission to include connections to people in any Geography activity I teach, to make it all a bit more meaningful and more nourishing.

Teachers, feel free to use any of the ideas and materials on my ‘Level Up!’ blog. With a little advance warning, I will respond to your students’ comments. I advise you to get out into your own suburb and take your own photos. Thanks to the encouragement of Sue Waters and Michael Graffin, I did exactly that and grew my own understanding of ‘place’. Thanks also to Maree Whiteley to leading me to realize the value of the project through her feedback.

ICT Literacy Teacher for K - 6 in an independent College in Perth's southern suburbs. View all posts by brette lockyer

2 thoughts on “Where in the World?”